Who IS Piper Foxx? (Changing names during your writing career)

I’m currently in the process of reinventing myself. All four of the novels I released last year were written under my maiden name, Jenny Gilliam. My father, who passed when I was sixteen, was a writer, so I wanted it to be a tribute of sorts to him. But my reasons for using my real name weren’t entirely altruistic.

When I was in high school, I wasn’t what you might call a “model student.” I grew up in the heyday of the grunge era. Let’s say I was a little (okay, a lot) weird to begin with. Then, suddenly it was “cool” to be different, strange. I shopped only at thrift stores, wore funky clothes, went to raves, skipped classes, and indulged in an embarrassing amount of drugs.

Suffice it to say, my grades suffered. J

I always imagined that, had I purchased one, inside my senior yearbook, next to my picture would read: “Most likely to end up in rehab.” And while that happened, so did something extraordinary.

I changed my life.

After I graduated (which I didn’t technically do, but I walked with the class anyway), I kicked the drug habit, got a full-time job, and met my husband (not necessarily in that order). I realized that I wanted to live a healthy life. I wanted to keep seeing my husband, but he’s not a big believer in self-medicating (Hmm. Weird.)

It was an extremely rough year, but I managed to keep my man and my job—in fact, I still work there after twelve years—and realized that life was much better lived without the pot, the meth, the ecstasy.

Hold on, there is a method to my madness; I’m just one of those gals who takes the long way ‘round. So, three years ago, when I decided to pursue publication, I thought, I’ll write under my maiden name. Not just for Daddy, but for me. To show all those people from high school that I made it. That I didn’t turn out to be a loser.

Yet, when my first novel was published in March of 2008, I felt no vindication, no “Ha! Take that!” moment. Then I began to wonder about my future. I’m certain I’ll make a name for myself in romance publishing. Jenny Gilliam already has. But what if I want privacy? Because I’m an intensely private person.

And thus, Piper Foxx was born. How did I come up with the name? Nothing terribly fascinating, I’m afraid. I simply wrote down some of my favorite given and surnames, then matched them up until I came up with Piper Foxx. So everything I write from now on will be under that name. It’s a scary leap, but I’m early enough in my career that I don’t think it will create that much of an impact.

Getting Even ~ Novella# 1 in the "Getting" Series

Getting Lucky ~ Novella #2 in the "Getting" Series

Getting Paid ~ Novella #3 in the "Getting Series"

Shiver ~ Book 1 in the Witches of Moonlight Bay Series

Romance Writers in the Rough...Saving the World, One Romance Novel at a Time 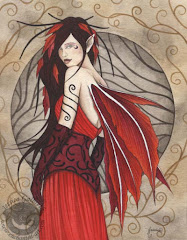